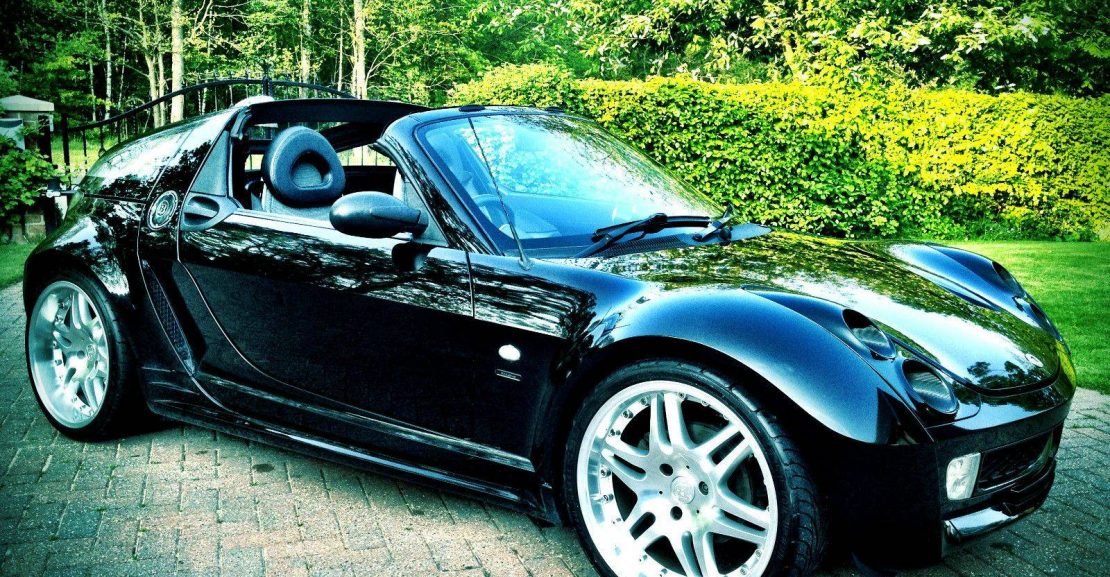 Posted by: jtaccess
No Comments

We came across this car at the end of 2010 in a dealer’s showroom in Ireland, it was a very unusual car, as even though the Roadster had ceased production in 2006 this car had never been registered. We had the car shipped over from Ireland to our showroom here in South Croydon where it was with us for a short while before a very good customer (who already had a very low mileage Roadster Brabus) got in touch and said he just had to have this car!

We took his Roadster in part exchange and off he went, happy with his “new” delivery mileage Roadster. The car was registered in 2011 so as far as we are aware it is one of the latest registered Roadster around. We remained in contact with the owner of this car as he also had a Fortwo Brabus Red Edition and a customised Night Orange Coupe which we also supplied and serviced (it’s safe to say he is a fan of Smart).

Towards the end of 2015 he decided that as he was not using the Roadster it might be a good time to sell the car, we arranged to have the car collected on a flatbed from his house so as to not put any unnecessary miles on the car. Once the car was back here with us it was treated to a new set of tyres (due to age related perishing), a full service and a full detail (valet & polish). The car was then put as pride of place in the main window of our showroom and advertised for sale. Having covered only 650 miles we had a lot of enquiries along the lines of “Is the mileage correct” etc.

The car remained unsold until February 2017 when I had a call from a chap in Japan who was very interested in the car. After numerous phone calls and emails, we settled on a deal and the car was sold. Cut to the middle of March and the new owner had arranged a shipping company to transport the car over to Japan, a few photos were taken before we loaded it on to the transport and waved it off to it’s new home 6000 miles away. So, in total this Roadster Brabus covered 650 miles on the road but by the time it reaches Japan it will have travelled nearly 7000 miles on a transporter.